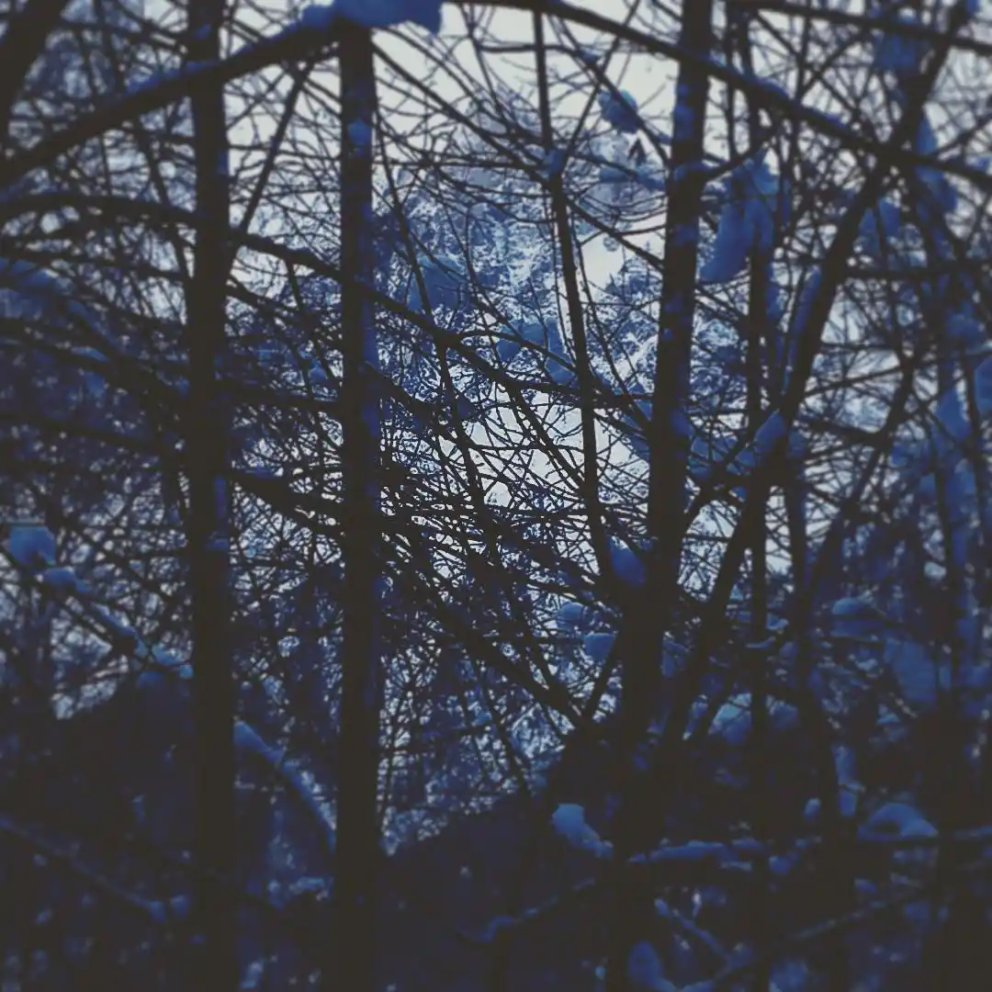 I’ve often wondered why insects become entrapped by a spider’s web. Do they simply wander in and become stuck there, murdered, lardered, then slowly consumed, or are they drawn in by the spider’s rotting larder, unlucky shoplifters? Perhaps the spider’s web is too beautiful to ignore, a natural miracle that draws both the spider’s lunch and the photographer’s eye (can insects feel awe, be stopped in their tracks by some natural wonder - I guess not?).—It has snowed now for almost a month, the mountains pressed down by that heavy blanket - a blanket that both promises to hold pick and crampon point - but also smother you if you fail to wait for its fibres to knit - and as usual it has been a game of waiting.—With no season pass and a ticket to ride €40 a pop, almost every day I skin up from Les Houches, up a web of white tracks and wooded corridors, up and up by hairy glide until the top. Day one took me 3 hours, slipping and sliding, passed out by more people than I can count in French. By day 30 it takes under 75 minutes, only lycra flyboys with carbon skis showing us how much farther we have to go.—The days are: skin up, ski down, begin work. It’s a routine that I’ve started to love, that perfect balance of moving and thinking, pushing both life and body forward.—And for a while, I forgot about climbing dreams and ambitions.—But next week I see the snow might stop, the sun might shine, the walls and faces open and revealed - crisscrossed with webs of ice and snow - dark, cold, long dangerous adventures up there waiting.—But for once I don’t feel that relish at the chance of leaving behind this sticky certainty of valley life - my heart not skipping at the hint of a good forecast - my thought not of what could be won but what I’d leave behind: that warm bed, taps, tea and fresh bread, the things you don’t even see until there taken away.—Instead of that usual desire to be gone - to leave this soft life behind - instead, all I feel is the blissfully tight cocoon of this life and the warm dreamy fangs of creature comfort.