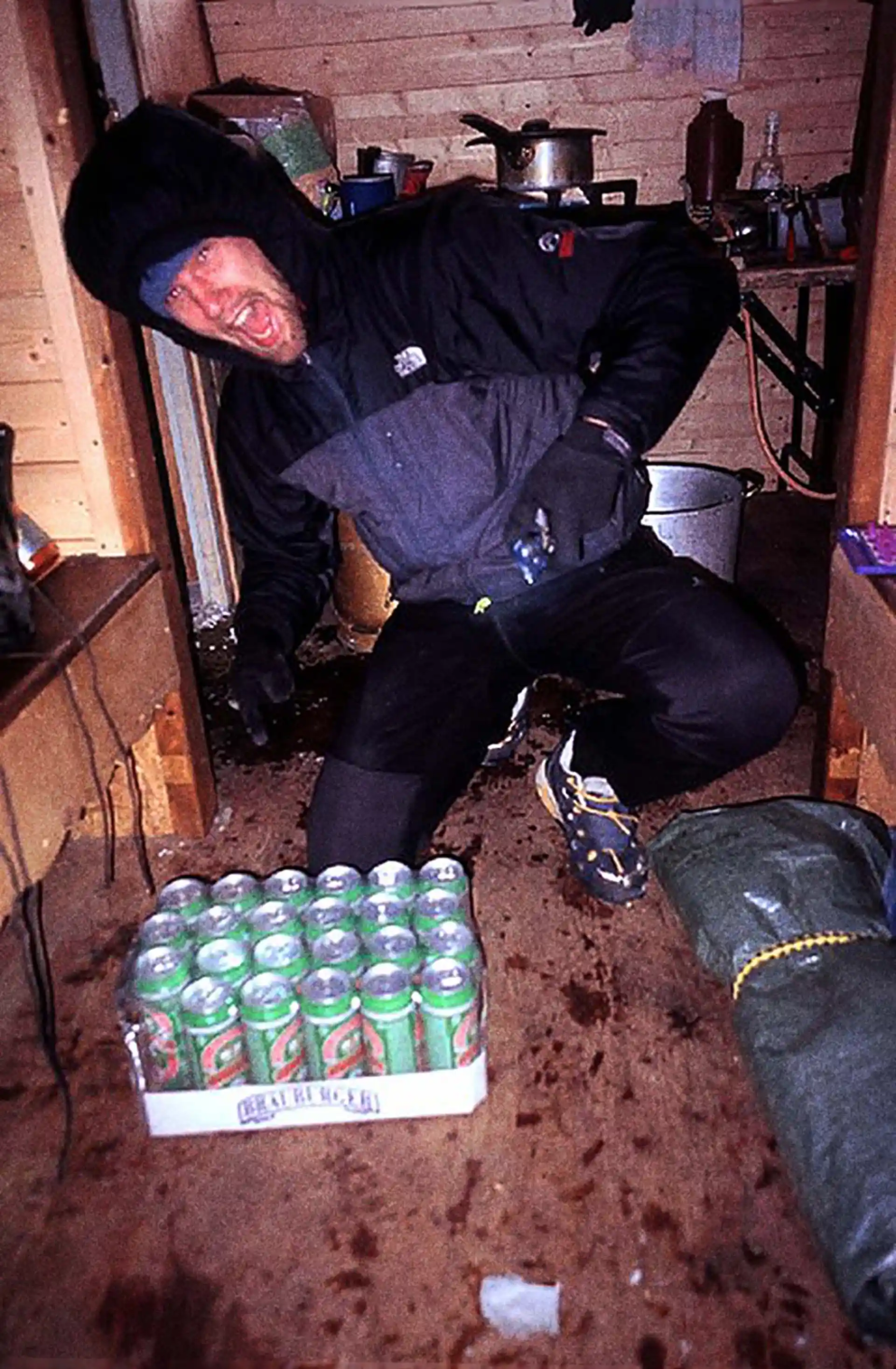 Hello Andy, I was hoping you might have some advice me as a first timer to the alps and relative amateur to winter climbing. My experience includes a load of summer climbing in the UK and a handful or so of winter hikes and climbs in the Lakes and north Wales. I’m off to Chamonix in a couple of weeks with a couple of friends who certainly have more experience than me but haven’t yet been to the alps in winter. Our plan was to avoid sleeping in -20 to -30 temperatures and stay in a hut, however I’m struggling to work out how to find out about which if any hut is open in the winter. Is Themis a realist expectation or should we be amending our plans?

Any advice would be welcome even if it’s ‘stop being a pussy and bivy’.

Most alpine huts have a winter room, designed to save anyone who finds themselves caught out.  These can vary from just a room with some blankets and some bunk beds, to one that has a stove and pans, to winter quarters that are simply unguarded in the winter, left open for winter climbers and ski tourers.  Although freely open all such huts still require some payment (into a tin box), so bring some cash, as this covers gas etc, and it’s always good to pay this as the digs may have one-star facilities, but the position is always five-star!  You can also often find food and gas left behind, but this is best left for people who need it rather than the greedy, although if you do eat something in order to save your hill food, then try and repay the hut by taking the trash back to the valley…. in fact, just take the trash anyway.  On the subject of food be very careful as you can end up with some very strange foreign muck up there, like Korean noodles that will blow your balls off (and not in a good way!).  Also, food can be contaminated or nibbled by mice, and I once at from a box of rice only for a dead mouse to later be found dead in the bottom!

Trying to locate huts in winter can be quite tricky, with ladders and cables under snow, or just buried, and I know many climbers who failed to find the hut after climbing the North Face of the Grandes Jorasses.  I can also remember some gnarly Poles heading up to climb Manitou on the Jorasses asking “Where is the cottage?” as they stumbled around the glacier.  So having a good map and maybe a satellite image from google earth is well worth having.  Even so, also huts burn down or get swept away, and once in Norway we spend a good while looking for a hut around a frozen lake only to find a digger where it once stood… so get the local gen before making that death march!

One safety factor you should take into account in winter is that although the hut itself should be in a protected area, the summer approach may not, with rock slabs deadly under snow, or easy gullies places for avalanches to crash.  Again local knowledge help here, but always separate actual information from ‘I don’t want to take responsibility for the actions of this clueless person’ which translates as ‘don’t go’.

Getting into winter huts can be a bit of an adventure, as they can be set on top of the summer hut, or doors may be frozen or jammed shut.  In Cold Wars I have a story about getting trapped in the Leschaux hut, which stupidly had a door that once swung out not in, meaning the door ended up being blocked by spindrift (image the shame of ringing the MRT to come and dig you out).

One thing to watch out for when huts are well used (such as the Argentiere hut), is to get your snow to melt from a good distance from the hut, as people piss and walk about all over the place, and you don’t want something untoward in your pan (believe me you’ll soon sniff out if you’ve got piss in your snow, a smell that lingers long after the snow’s been tossed away).  Lost of people also increase the chances of gear going missing, so keep all your stuff together, as it’s easy for someone to pick up your stuff as 3 am as they clatter around (yes, earplugs are vital even in winter!).

Having been stuck in a hut for five days under metres of snow, always factor in such a scenario, and have some flexibility in your rations.  Approaching on skis or snowshoes is also recommended, as walking back through deep snow can turn a few hours into a multi-day affair, as can getting there!  You can ski pretty well on the flat in mountain boots and the right bindings, but if there’s any downhill take your ski boots and carry your climbing boots.

As I said, most huts have blankets, but not all, plus they often get taken away for cleaning, leaving you pretty cold if you didn’t bring a sleeping bag!  If you want to make use of the blankets then bring some insurance in the form of one sleeping bag for each pair, as this can be used as a duvet of the blankets have gone. Also, don’t depend on there being any gas. Sticking a blanket over your sleeping bag at night is also a good way to remove the moisture out of it if you’ve been on a multi-day climb.

Other bits worth having are some spare matches or lighters (you should have these, but often people don’t), a candle (some huts have no lights and you’ll use up your headtorch during the long nights), a deck of cards, a book or mini chess set (these will keep you sane!), a pencil for the hut book, a spoon, toilet roll, etc.

Sometimes winter huts do close when repairs are carried out (I and Calum Musket found this out when we went to climb the North Face of the Matterhorn, meaning we ended up in a tiny storeroom full of snow), so always check ahead of time, maybe be asking the guides service or doing an online search.

When leaving a winter hut always sweep up all the snow, empty any pans of water and clean up any food or trash (as it will attract mice, even in very remote spots) and fold up the blankets.  If you have spare matches leave these behind as well.

Some of my best memories of the alps have involved hanging out in huts, especially when reached after an epic climb.  I think using winter huts is an amazing thing in itself and would recommend it for any climber, irrespective if any climbing is actually carried out! To head up the the Refuge du Couvercle for example with two weeks food and supplies (use a kids sledges) is a great way to practice your mountain skills, and being up there in the mountains for a few weeks is a life changing experience.  Even if the weather’s crap you’ll learn many skills you’ll need later on, for winter alps and the greater ranges.