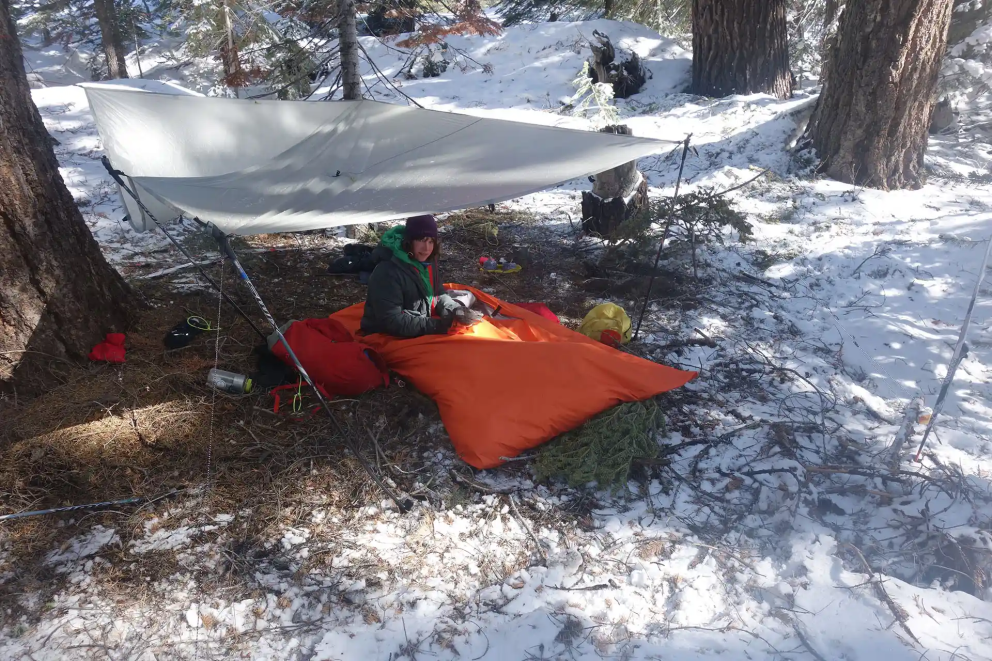 I often joke about Coffee Wankers, the kinds of people who have apps on their phones that tell them to drive five hours to get the perfect cup of coffee; people who think you’re a barbarian for adding milk and sugar (they call that soup); who wakes you up at 6 am grinding their own fucking coffee beans; people who are generally either grumpy bastards looking for a fix or as hyper as a kid jacked up on Monster Munch in a ball pool.

But I think there’s also another category, the Tarp wanker, someone who’s always on the lookout for somewhere to put a bloody tarp, who can never carry enough ‘para cord’ (or ‘wanker cord’ as I call it), whose dedication and belief can overcome midges, wind-driven rain, and slugs in their shoes (the West Highland Way is NOT the PCT).

Then you’ve got the Wilderness First Aid Wanker, someone who can’t wait for something terrible to happen, so they can sew a real person up, or attach an IV (which tends to always be frozen anyway), or do a tracheostomy with a Biro.

Oh and then there’s the Hammock Wanker, who - like the coffee variety - is always grumpy, due to non-sleeping in an elevated sock, body bag or jockstrap, but again, is always desperate to find something to hang a hammock off, then stand and lecture you all night - rather than going to bed - how much better it is than sleeping in a tent; but not in the morning when it’s pissing with rain (they are often Tarp Wankers as well, which does not guarantee they aren’t still wet and miserable, as they lay in a wet puddle trying to grind damp coffee beans).

I could go on, but I know that I’ll already have riled coffee/tarp/first aid/hammock aficionados, and that really, from fixed gears to Vibram Five Fingers, the world is full of wankers. God bless em all!