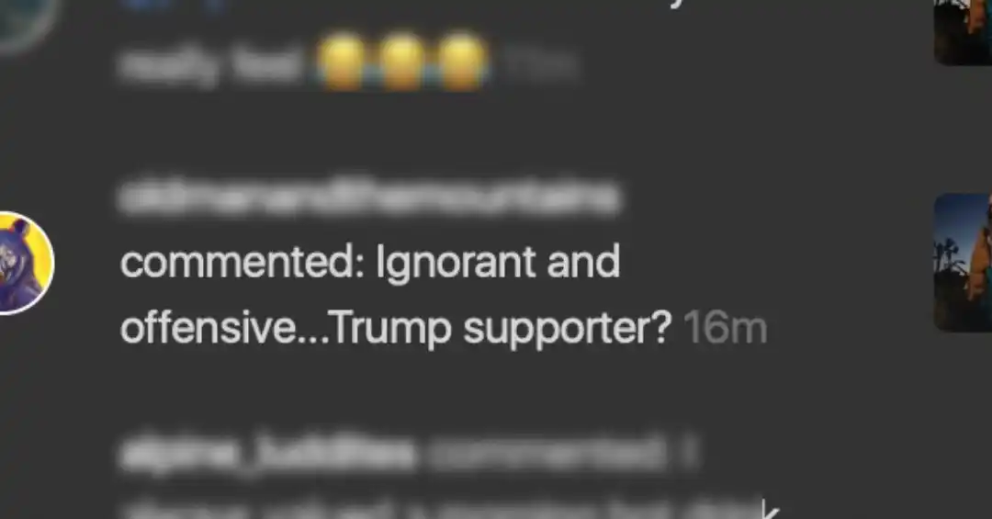 I’d view this as unacceptable behaviour over a joke about Jared Lego, but, maybe:

1. This person has never seen Zoolander (don’t worry, it’s not about Ayn Rand).

2. This person works for TNF or Jared Lego and he’s just doing his job running cover for them (well done for having a job).

3. This person is not a person, but a bot, designed to trawl the web looking for anything negative about the above, an obvious sign being someone(or thing), that wastes its time defending billion-dollar corporations, generally via a private account, and who calls everyone who does not speak in love heart emojis a Trump supporter (you will also find many bots followers of associated accounts, liking and commenting via emojis and odd things that only cultists would say).

4. See above, but he’s not a bot, he’s chained to a computer terminal in a Chinese re-education camp doing 36 hour days (in between organ harvesting). This person will often type “Kill me” via coded emojis (two wine glasses and a high heeled shoe, smiley face, sad face).

5. This person has lost his mind, and anything he cannot understand or is not binary, must be dangerous and created by Q or some Right-wing militia (“why is he making me think?, what is he actually saying here?? Who is this Zoolander person???”).

7. Maybe he’s failed to get the note that we live in a post celebrity world, where only gossipy journalists and dollar a day content creators give a toss about celebrities doing photo shoots in the desert, their words scripted by some San Fran agency (#blessed #fuckTrump), pushing just more top tier tac made for pennies, soon to be just more rack filler for TK Max (or TJ Max for American readers). Such a campaign just doesn’t jell with people who are trying to hold their lives together, their families, their minds, their business, and can just appear like a prancing monkey dressed up in tat.

8. Or maybe, his head is just not in a good place, and none of the above is true, and if so, I forgive you, even if you are a bot, or a Chinese slave working to build back that social credit score.