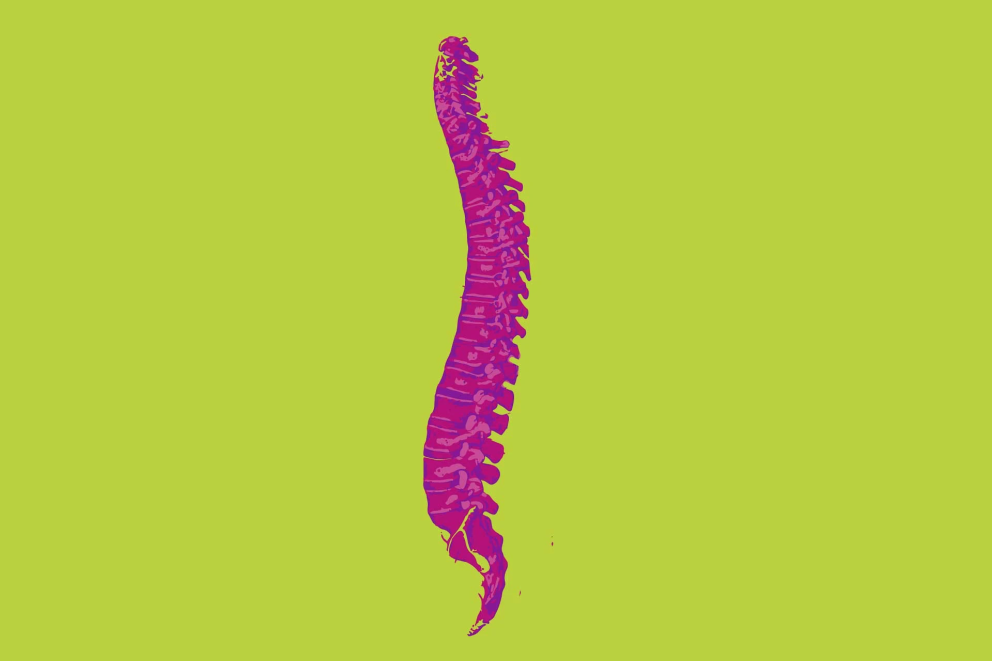 For many years I’ve had a bit of a thing about the rear gear loop on other people’s harness’s, well not so much the loop, but what people clip into it.  Although perhaps I’m being paranoid and a little over the top, if I had my way no harness would have a loop at the back or we’d just snip them off, leaving just free space for a chalk bag.

The primary reason for my dislike of the rear loop is that whatever you clip here, probably your belay device, nut tool and spare slings and screw gates, sits directly on the base of your spine.  In a fall, including a small fall where you end up landing on your ass (people will more often than not land on their feet then fall over as their legs buckle), having something metal and chunky resting on your spine could be the difference between a bruised back and a broken spine.  I guess having an ex-girlfriend who was paralysed in climbing fall helped to form this paranoia, but through her, I met dozens and dozens of wheelchair users and a few of these people I met broke their spinal cords in 100mph bike crashes or monster ground falls.  For most, it came down to the most subtle of causes, but very often small factors played a big part.  Although not a climbing incident I guess a lot of climbers have seen the Facebook images of Eddy King, who became paralysed in a cycling accident, a metal pump and iPhone in his camelback the probable cause.  Such falls do not have to be big ones either. This week I saw climbing friend Hannah Huntwin a bronze medal hand biking in Europe.  Hannah broke her back when a pull-up bar broke and she landed on her bum from the height of a doorway.  So maybe such paranoia is not so misplaced.

Worse still is the number of people I see with chalk bags clipped to their rear gear loops, the carabiner held at 90 degrees and directly against their spine.  The other problem with having a chalk bag clipped to your harness is they are not designed to hang like this and should be attached to either a loop of cord or a belt.  Clipped in the bag hangs several inches lower than it should, meaning you need to overextend your arm each time you dip.  Also when climbing many routes it’s important to be able to swivel your chalk bag around your body so it doesn’t get in the way, or isn’t even usable (the obvious example being in a chimney).

So I’m losing a gear loop?

Technically yes, but I think that if you need more than 4 gear loops you’re carrying too much crap.  You see people on the crag with tons of prusik loops, a knife, a pulley (!), five heavy screwgates, nut-tool, leather gloves, all jammed on the hardest loop to see or use, and in the most injurious position possible.  If you need to carry all this crap then splitting it to the back of the two rear side loops means you keep the rear loop clear and also make them easier to get at.  I’d also recommend people slim down their racks, just 1x 240cm sling, 1x 120cm (each with a small screwgate), and one large HMS.  If you need to carry a monster rack then think about using something like a BD Zodiac Gear sling, or a gear sling.

By attaching your chalk bag with a length of 5mm or 6mm cord you not only have a very secure method of attachment but if you get into the habit of always tying into the cord as well as the waist loop of your harness you add an extra degree of redundancy if one day, through exhaustion or pilot error, you forget to do you your harness (more of a problem in the past, with double back harnesses).  Also having a length of cord means you have an emergency prusik, abseil tat and if you go for a length of Dyneema cord - a sling (in which case you are allowed to clip your chalk bag in : ).