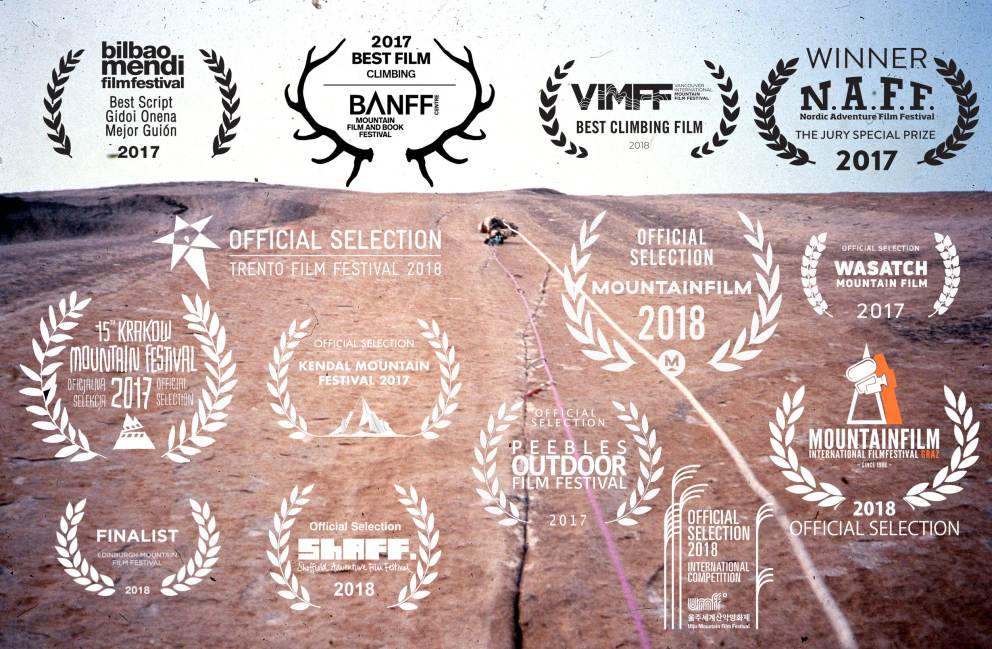 Identity, fear, obsession, destruction. Based on his best-selling auto-biography of the same name, Psycho Vertical is a raw and emotive exploration of the complex life and motivations of writer, funny-man and Britain's unlikeliest hero-mountaineer, Andy Kirkpatrick.

“There were lots of great climbing films this year, making it was a really tough category to judge. However all the jury agreed that one film in this category stood out because of the honesty of the protagonist and its refreshing filmmaking style. In this era of social media, our feeds are full of professional athletes 'living the dream'. This film digs a lot deeper. The filmmaker successfully employs some unorthodox techniques and the filmmaking feels very fresh, at times even bordering on experiancental. It is a 'warts and all' profile that leaves an audience with a true rendering of a well-known climber and a film which transcends its category.”

Based on Andy's best-selling auto-biography of the same name, Psycho Vertical explores the intricate mind of Andy Kirkpatrick, a world-class climber and alpinist who lives a life of conflicting desires and identities. Firmly grounded by his impoverished upbringing in 1970s Hull, from a young age Andy’s head has been in the clouds, filled with grand ideas of discovering who he is and what exactly he’s made of, spurred on by his father’s absence and translated into ascents of some of the world’s most dangerous alpine routes. Though he knows the pain of living in poverty, pursuing his dreams comes before making a living. While compelled to share his chaotic personal life and make audiences crumple with laughter on stage, he chooses to test himself on some of the world’s longest and most difficult climbs totally alone. A proud father, he cannot help but put ambition over security, even if that means risking his life time and again. By exploring his past, his present and his motivation for pushing his limits to the absolute extreme, we follow Andy on an 18-day, solo ascent of El Capitan, where life on the wall is precarious, tough and ‘crushingly lonely’, creating a raw and intimate portrait of one of climbing’s most controversial, unpredictable and celebrated figures and as a result, exploring how our pasts shape us, drive us forward and stay with us all our lives.