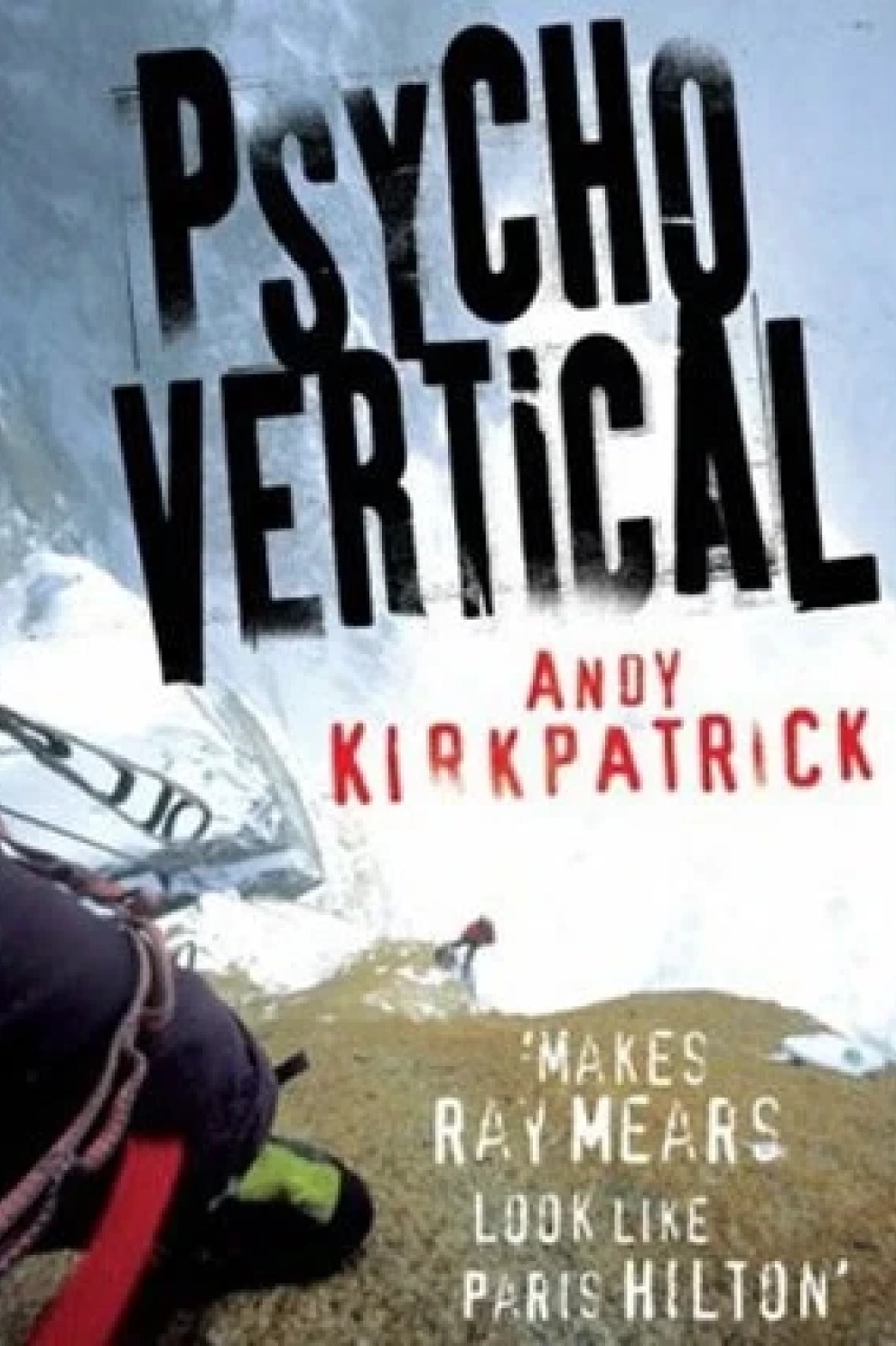 Here's Tim Noble, chairman of the judges with his Boardman - Tasker Prize winning announcement:
"And so by default to our winner. Andy Kirkpatrick's book Psychovertical is, despite its title and front-cover hype a compulsive read and re-read. Kirkpatrick, in his first book, manages a minor miracle: in measured and balanced writing, larded generously throughout with wit, self-deprecation and mordant humour that he keeps in fine check, he finds the perfect measure of himself on some of the planet's most dangerous climbs. It is perhaps because he knows himself so well that we accept both his expressed incompetence in climbing and writing (he is dyslexic) and efforts to overcome it without demur. Here is no case of classic British irony.
We warmed to this author – to his urge to live life to the full; to understand his limitations as son, husband and father. The loss of a father figure in particular points to an underlying theme over thirty years of mountaineering biography; but none of us could recall a more sensitive and less self-indulgent treatment of the theme than here presented.
The book is very cleverly structured (we all wonder if the Hutchinson editor gets credit here). The cuts from scene to scene and climb to climb work wonderfully well – a sort of mountaineering Day of The Jackal – as Kirkpatrick comes closer and closer to his nemesis on Reticent Wall. And it is this climb, the running narrative of the book, that grips the most: 14 pitches of aid climbing, unrelieved by conversation with a partner other than himself, should by rights be boring. But it grips the heart further and further.
These chapters are without exception exceptional – the best writing about aid climbing we've read, and make for sweaty-palmed page turning. On this basis alone the book is a winner. Taken as whole it stands as a beacon for the next generation of young turks: a challenge to pick up the pen and overcome their own reticence. Kirkpatrick has taken up the baton on behalf of generation x and, at just the right moment, has said 'Yes I can'. The judges are delighted to award the 2008 Boardman Tasker Award to Andy Kirkpatrick for Psychovertical. "

‘Psychovertical is a powerful if intensely personal book, well written, sometimes brilliantly so. It charts Kirkpatrick’s fractured upbringing and subsequent escape to a life of extreme climbing and close calls… He is a clear, spare writer, and a highly visual one. The descriptions of climbing are among the best I’ve ever read… Kirkpatrick chooses words with the same care that he chooses a wire.’