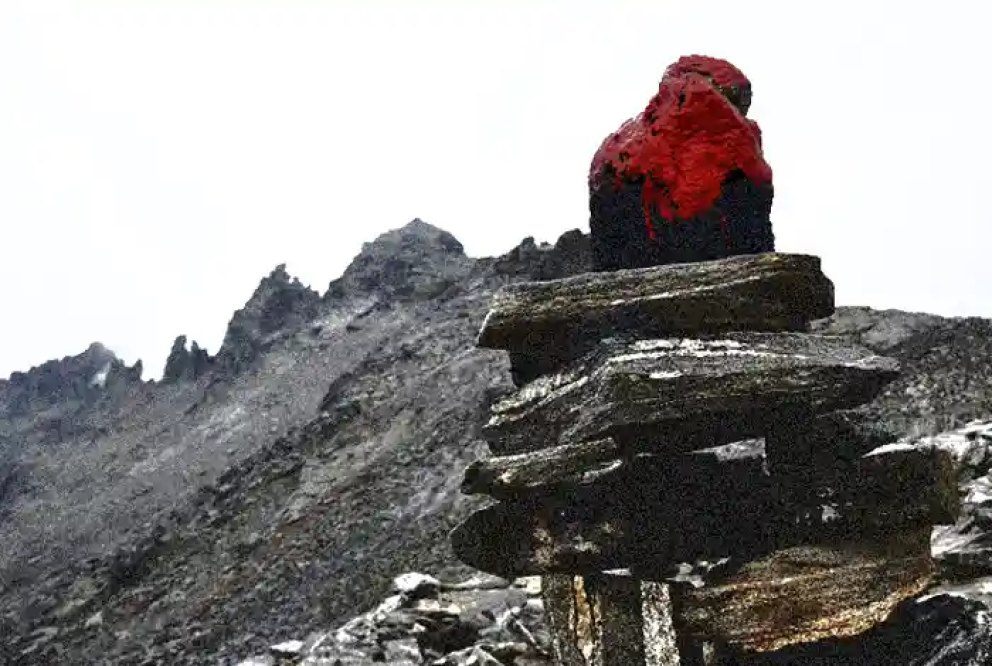 Finally arrived in Romsdall yesterday evening after a week of travelling (I think I’ve got pressure sores on my ass after 1000km+ of driving!).

It feels amazing to be back here after my past three visits over ten years, amazing beyond the fact of just going climbing.

There are places you visit in your past, things that you do, that you believe are close to you, that you’ll never go there again, or do those things.  For some it may be dancing the night away, hitting the road without a care in the world, being able to tell your boss to “fuck off”, stuff you can do when you’re in your twenties - but which don’t seem so possible when your forties.  For me going back to the Troll was one of those things, and my last visit was very traumatic on many levels, a solo attempt that saw me utterly let down by myself (in a way we/I fell out with me).  I guess reading Tony Howard’s Troll wall, and writing up two of my visits in Cold Wars sort of gave me a kick in the pants, that not going back and facing up to the Troll was not an option.

Two of my past visits I was all alone and came on the train from Oslo, and so have no transport.  I remember the experience as being quite a lonely one, as are most such trips to solo routes.  I seemed to do quite a bit of walking about, looking in windows, but not having any money to buy anything, sort of desperate for some Norwegian to take me in, to diffuse the intensity that hangs over you before setting off on a solo climb.

The funny thing is, that when people do come along and jump into your little solo pity party, you just want to be left alone.  I guess you can’t win.

The weather is a bit on-off - sort of Welsh - but I’m prepared to climb in crap weather to get the route done, and instead of focusing on the rain, I’ll focus instead on the patches in between, which are made all the better for the wetness.

Walked up the back of the mountain this morning, a two-hour slog up a talus field, nicely marked with red markers. Dave Dirken had mentioned that you could easily get lost up there, and he was right, the way down from the top of the wall totally counter-intuitive.

I was the only one on the hill, the day claggy and wet, big rolls of cloud coming softly over the drop.  Up there alone it felt pretty bloody spooky, and I was paranoid about breaking a leg in the talus fields.  At the top behind a little box for you to sign your name, there were two six-packs of Coke, which I’m guessing were a present to anyone who made it alive through the slippery boulders (well I hope so!).

Once at the edge of the wall the drop was really something, wide-angled space, my feet making doubly sure the rock had my soles as I inched towards the edge.  I must say the idea of ending up there wasn’t too inspiring, especially having to lug all my kid down the talus.

The route I want to do climbs a five hundred metre wall and terminates at the Troll pillar, the longest route in Europe, leaving another five hundred metres of veggie scrambling and loose VS to the summit.  The two parties who’ve climbed the route all rapped from the top of the climb (you have to leave ropes fixed to get down, as it’s very steep and crosses some roofs).  I had an idea to get to the top of the big wall, chuck off my heavy gear, and do the last bit like an alpine route, but looking down at the looseness and wetness I’m not so sure.  I guess we’ll see (indecision is the key to flexibility).

Sorted out my rack once I got back, trying to make sure I’m not going to be caught short on the wall (the Troll isn’t like a normal big wall climb), and heading up tomorrow to fix some pitches.

Coming back, even if I don’t climb the Troll wall, is worth it just for the fact I came back.