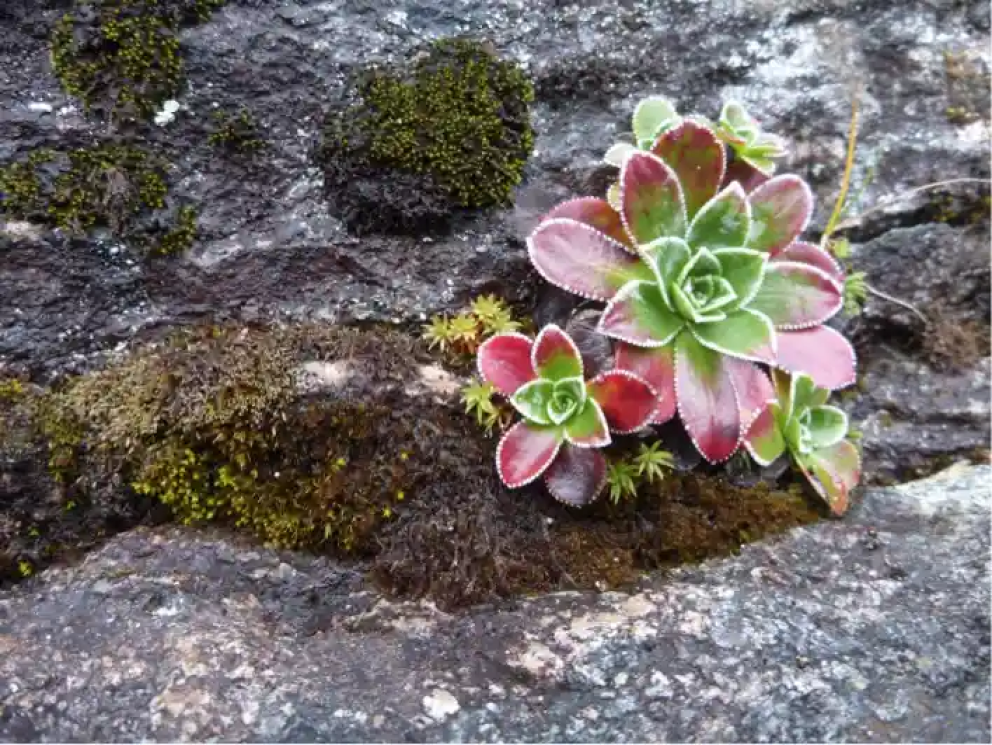 Back in the ledge after a fraught descent, and it took a brew, the rest of my chocolate and the last of my cuscus (plus a bit of Arcade fire) to remove a mask-like grimace that had taken hold of my face all day.  On reaching the ledge I was just utterly wasted - especially mentally.

Did I get to the top?

Well, set off at 7 am, jugging up 5 pitches, and cleaned the crux pitch. Noticed how my arms are feeling quite painful from so much jugging, as well as my knees and back, and what with my sore hands, my body just wanted it over with.

Started the 16 pitch, more bloody bat hooking (seem to spend most of my time looking for holes that aren’t there, or doing some dicey move only to spot a hole once I’m past it).  Went up away, clipped a bolt and placed 3 beaks in a row (I’m guessing I missed some holes), only to realise to my horror I’d been clipping the wrong rope (the end coming from the rope bag - not the belay), meaning if I’d fallen I’d have gone sixty metres plus.

U climbed back and clipped the bolt (with a shudder) and gave myself a good talking too (my past self), then carried on. As with all pitches, nothing is ever that straight forward, with some good gear interspersed with hard found gear.  About thirty metres up I tried to pull up my tag bag (the end of lead rope is attached to the tag bag, which is hung from a fifi hook, with the haul line tied to it), but it wouldn’t budge.  I pulled and pulled but it seemed to be stuck. I had some good gear and knew I had to rap down to sort it, but instead of using my belay device (a Petzl Verso - gods gift to clumsy climbers), I thought I’d rap on my silent partner - thinking it would e quick.  I’d never rapped on it before, and only knew you could as I’d heard someone say how crap it was. Well, it was, and it wasn’t helped by me getting my Russain aider attached to my foot caught in some pro. The result was I ended up hanging upside down from m foot!

After quite a struggle - wasting much time - I righted myself and just used my belay device, rapped down and found the tag bag had been set up badly. After sorting and giving myself another strong talking too ( ie climbing fast is not fast if you spend twice as much time sorting out the mistakes), I jugged all the way back up and reaching my high point tried again to pull up my bag. Again it was stuck.  I rapped down again and found that I’d tied the bottom of the haul line (the end in the bottom of the rope bag) into to the tag ( not the top), meaning the rope would not feed.

So far my attempt at climbing the last three pitches was not going well, and more importantly, I had made three big mistakes in one pitch (I’d made one in the last 15). My brain was just strung out.

I reached the belay, rapped to back clean some gear, then carried on the next pitch, which was only 20 metres.

Again this pitch had a lot of holes (think people drilling bat hooks should paint them yellow so people can find the bloody things), up to a couple of bolts then into a think seam (beaks and RPs). The topo was a bit vague, so I kept going up to what looked like the obvious last pitch.

The last moves were free, up a pillar with good footholds (for big boots), with lots of loose flakes for handholds. I reached the top, of the pillar, a little pedestal, expecting to find two bolts like every other belay. But instead, all I found was a rusty wire clipped to a karabiner just sat on the ledge.  I stood there the whole face below me and looked for a belay. There was nothing. Worse still the climbing above didn’t look easy, so I guessed I must b off route.  I stood there and didn’t know what to do, the only thing I knew was I wanted to get it over with now, even if it meant climbing in the dark.  I hadn’t spent ten days to get here and fail on the last pitch.

But where was it?

I climbed back down a bit and looked around some corners, feeling increasingly rattled, and out on a limb (you can’t solo without a very good anchor). My options were to pull up my bag and drill a new belay, try and create a belay with some gear, or just keep looking.  The first two options had downsides (drilling bolts would take a long time, and I must be off route, while I didn’t have enough spare gear to create a bomber belay and lead).

I climbed back up the pillar again, now feeling very lonely. And sat on the top..

As I’d been climbing up my camera kept switching on and off and beeping ( just got it in m chest pocket. Anyway as I sat there I suddenly heard my kids talking, which was very odd, until I realised it was coming from the camera, it replaying some film I took before leaving.

As you can guess hearing their voices right then was pretty emotional.

It’s best to try and block out such thoughts, as it just makes you weak. And for three weeks that’s what I’ve done. And it worked. I was strong. But this morning I’d made the mistake of checking my emails and got this from Ella

I switched off the camera. I climbed down again and looked again at the same limited view.

‘Why did my camera play the kids then?’ I wondered, looking for some guidance.  ‘Why now and never before?’. I was wasted. Probably off route. Out of water. Out of food. Out of time.  One more pitch didn’t put me on the top, but just one more pitch away from the ground. What did I want more?

I knew I’d found what I was looking for.

I plugging in shinny camalot 2 and started to rap.