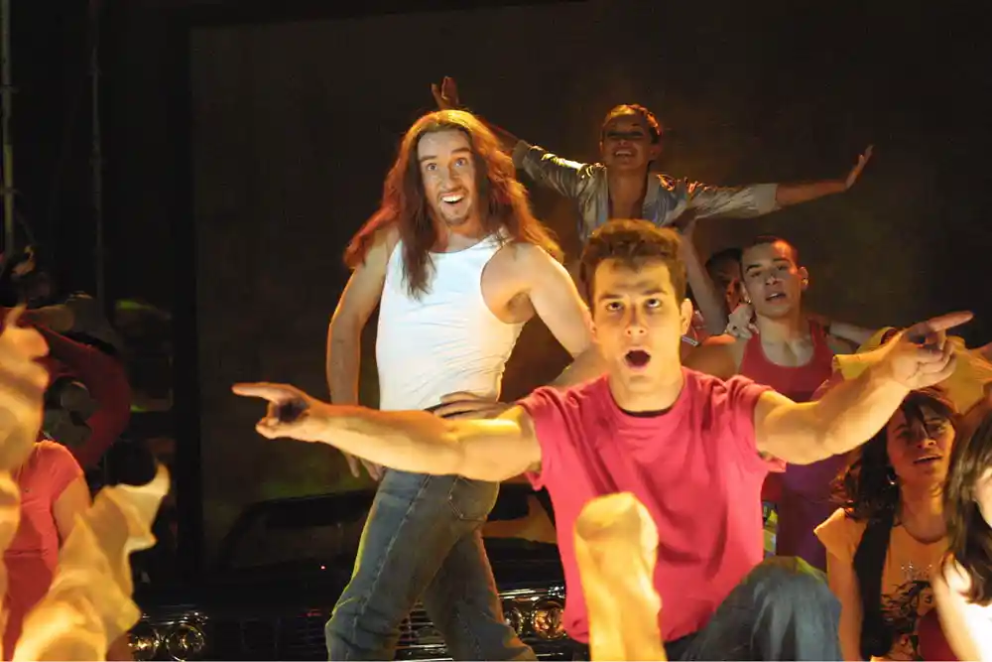 Cold Wars is coming along bit by bit (that’s my book - not a reprise of the cold war), but today - sat indoors writing while the sun shone for what seemed like the first time in months, I had a sudden crisis of confidence.  Was I writing stuff that people would want to read?

I was working on a chapter called ‘A chocolate river runs through it’ about how instead of going to Yosemite, I spent two months working on the film Charlie and the Chocolate factory.  I started thinking about when, years ago, I started mixing climbing stories with stories about working on Charlie, lots of people didn’t like it.  For me it was an interesting comparison between spending a month on a trip, or spending it on a film set, and on that film I learnt a very important lesson - a lesson that in a way the book hangs on.  But what if people just skipped it?

A lot people really liked Andy Cave’s book Learning to Breath, in the way it mixed climbing with mining, and personally I liked the mining stuff more, after all I know about climbing - not about mining.  When people write about extraordinary climbs they become gods - even if they tell you how mortal they are.  But when people write about trying to find a baby sitter, or doing a spot of DIY that goes tits up, then they become ordinary, and in a way this confirms their extraordinaryness.

I thought then that in Cold Wars I’d pay as much attention to the these things as the climbing, in fact I’d use it as a mirror to the hardcore stuff and show the schitzo nature of such a life.  I also hopped that this would get away from the “and then I nearly died” feel of Psychovertical, or return to the “I’m on a trip but I wish I was at home” theme.  But then I just imagined some 19 year old super eager climber thinking “what’s all this shit about nappies about?”

But then I wonder if I was to write a book that only appealed to these climbers - would it be just another climbing book?

Is it always better to take a risk - even if you alienate some people?

Then tonight I watched Steve Coogan’s film Hamlet 2.  I’d heard rumours about this film, but it seemed to have just disappeared - even though it was scripted by Pam Brady (who worked on South Park and Team America), and had been in a bidding war after the Sundance festival.  In the end I think it cost 9 million to make but only made 4 million.  I spotted it in Blockbusters (I don’t have a TV so getting DVDs out is a guilty pleasure!) this afternoon, the cover image of Steve Coogan looking like a cross between Nick Cage in Con Air and Robert Flattery catching my eye immediately.

I think Coogan is the master - and most of what I do on stage is based on watching Steve Coogan Live and Lewd  about a million times (the warning about bad language by Paul Carf before the video even starts is worth the price alone).

I assumed it would be crap, but within the first few minutes, and after a classic - but obviously offensive - line from Coogan on hearing a bad review - “I feel as if I’ve been raped… in the face”  I knew this was going to be Team America territory.  The film was a bit clunky but Coogan was just so funny, and Pam Brady’s writing just so ballsy, offending just about everyone (the song Rock me sexy Jesus being one of the less offensive bits of the film).  Looking on google you could see that a lot of people hated this film - probably due to being offended (probably Daily Mail readers who’d not seen it), and no doubt that’s why it went straight to video.  I hope like The Shawshank Redemption - which did badly at the cinema and was quickly relegated to DVD, where it became known as one of the best films of all time, Hamlet 2 will become a cult classic.  For all it’s faults it’s about a 100% funnier than any multi mullion dollar grossing comedy I’ve seen at the pictures over the last five years (well apart from apart from In the Loop and Borat).

And so - sat there giggling away - I wondered if it’s better to write a Hamlet 2 - and risk some people hating it - then write a Jennifer Aniston rom-com kind of book?

Anyway seeing as you’ve read this far, heres a chunk of it (unedited!)

“Andy - JD’s coming” whispered Paul, elbowing me, the two of us standing harnessed up, ropes tied to our backs, outside our gear cupboard beside the set.

“Who?” I said, fiddling with the walkie talkies ear piece I’d have to have stuffed in my ear twelve hours a day for the next two months.
“Johnny Depp” he said, pointing down the corridor to the main door.  I was surprised that Paul would even know who Johnny Depp was, let alone know him as JD, as most climbers may know every gear placement on a lump of rock, but not the name of the prime minister - not to mention celebs.

From the end of the building we saw a group of people entering.  You could tell they were important people; their arse cracks weren’t showing from the top of their jeans and they weren’t drinking tea or reading the Sun.

“I think that’s actually the guy playing the Umpa-Lumpa”.

Johnny Depp appeared through the door - dressed as Willy Wonka - all in black with a big top hat balanced on a smart looking bob haircut, a long walking cane in his gloved hands.  He was shorter than I’d imagined he’d be, and also pretty skinny.  He began walking down the corridor towards us, and we both tried to look busy and uninterested in one of the biggest film stars in the world.  I started coiling a rope and whistling - a sure sign I was bluffing my indifference.  As he past I looked up and gave him a smile and he smiled back.  He seemed normal enough.

“He’s out of your league” said Paul.