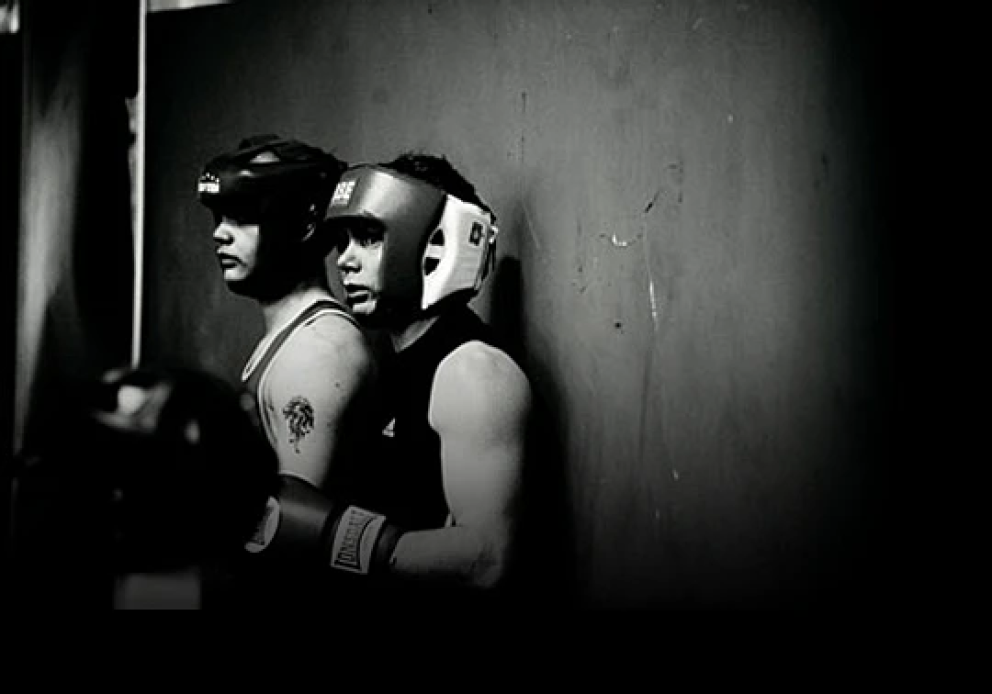 Death of a lie

I was supposed to be climbing with Rich Simpson this winter, probably something on the Jorasses, not that we’d ever met, our relationship no more than half a dozen Facebook emails knocked back and forth, but I was looking forward to it.  I know little about sports climbing or bouldering, but I’d heard a lot about Rich from other climbers I respected, and have heard on the grapevine that he was planning on moving into Alpine stuff, I thought I’d see if he was up for some alpine climbing.  It seemed Rich was maybe cut from a different cloth than your average sports climber, and I guessed my interest was piqued when I heard he’d given up climbing and taken up boxing - a great story, even if it didn’t turn out to be true.  I’d also heard tales of four minutes miles and the rest, but never had any reason to question if he could pull off such a thing.  It seemed if you could climb as hard as he did then such things were very possible (I expect Roger Banister never climbed as hard as Rich Simpson).

Anyway, we didn’t make it to the Alps.  It turned out that many people started questioning some of what Rich has claimed, and rather than defend himself he’s dropped off the radar, making those who’ve accused him appear vindicated and Rich unfriending me on Facebook I can’t get in touch anymore.

This blog isn’t about Rich, but the affair, one more and more common in climbing, got me thinking about such things.

I’ve been climbing a long time, and I’ve met a lot of climbers, and every now and again you spot someone who shows signs of real mental illness.  Now mental illness doesn’t have to be a bad thing, and I expect a large chunk of exploration and human endeavour, not to mention commerce and politics, has been undertaken very effectively by people suffering from some form of malady. Many who fail on crazy schemes are labelled mad or lunatic when they fail, but heroic or geniuses when they succeed.  One such form of mental illness that plays are large part in climbing and all adventure sports, especially the dangerous ones, is labelled by psychiatry as Borderline Personality Disorder (BPD), a complex mix of personality problems based on personal identity and rejection.  People with BPD try and create their idealized perfect self to be excepted, unhappy with who they are, and are much likely to be impulsive and undertake dangerous activities, as well as having a higher chance of suicide, often triggered by rejection.

Heavy stuff, but I wonder if this leads some people, looking to build that perfect self, to come close to that ambition, putting in the effort no normal person would, building a perfect body for a sport in which they will reap the love of the masses?  Could BPD be at the heart of many competitive sports, after all, it seems to me that the normally fit, normally psyched, normally interested people are the ones that are the most balanced; while the climber who climbs five hours a day, eats toilet roll to stay thin, goes to the gym when they can hardly walk and sets everything aside for climbing; work, relationships and money, is far from normal; even if he is idealized by most ‘normal climbers’?  The same is probably true of a great many athletes, and it is this mental schism from the norm that drives them.

I wonder then if lying is part of this, as lying is a short cut to the love and acceptance that these people need.  They may also believe that something that they know they could do, is as good as done, and so they say it is done; each lie building their confidence, which is only a mirror of what others believe in them.

I’ve met quite a few people like this, who most would label as bullshitters, but their problem is far more severe, it’s pathological; they believe it so much that they are blinded to the unbelievability of it.  The worst of these people are the ones who could pull it off, their body and skill formed up by this search for perfection to the point that it is just about perfect.  Most of us will set on the path to greatness, but most; just a few steps along, will decide that we’re good enough, and to go any further isn’t worth the effort.  But for those with BPD that path stretches on forever.

We all lie, sometimes by accident or omission, other times because we want to save face in front of others, like when I ask someone if they can tie in when teaching them to climb, and they say “yes” when they can’t.  I lie.  Last winter I went up to solo Doctors Choice in t’Sneachda, but when I got up to the crux, I had second thoughts about it, mainly because I was the only one in the Corrie (It was 7 am).  I climbed down and soloed all the easy gullies, then climbed down to my sack and bumped into Alan Fyfe and his partner gearing up.  I know Alan, and when he asked me what I’d been up to that morning I just said “I’ve been soloing around, and I’ve been up Doctors Choice”, to which Alan said, “Oh we’re going to do that what’s it like?”  In an instant, I knew that I’d made it sound like I’d soloed up there when I hadn’t, and instead of saying I hadn’t I said “It’s OK” and left it at that.  So what would Alan think, climbing in my footsteps in the snow, only to find that they ended at the crux of the route?  What if I’d lied about other things?

I often think about Tomo Cesen, and his shattered accomplishments, each one collapsing down on the one before, from the Himalayas to the Alps, bit by bit, destroying the man.  What he’d said he’d done was impossible, but we wanted it to be true, then equally happy to find it wasn’t; the possible put back in its place.  But the question still bugs me that if a man who can solo 8a couldn’t he have done all he said, and just gave us all the finger for our disbelief.  Maybe climbing didn’t deserve Tomo?

What allows such people to carry on is that we rarely challenge them, and it’s only in these days of forums that most such things come out, something that although grist for our more base desires for gossip and humiliation, is very dangerous, and such people have killed themselves for less.

So what do you do when you suspect this is going on?  It’s a tough one, but I think UKC showed great restraint in the matter, and climbers need to grasp the trauma they can cause in their flippant comments.  Somethings are more than about climbing.

The whole thing reminded me of a conversation I had with a climber I knew who told me he thought Steve Bancroft had lied about climbing Narcissus on Froggatt (E6), as his dad had been there on the day Steve said he’d done the FA but had only seen him top rope it.  Being a young climbing extremist, I passed on this story whenever the name of Bancroft came up, and it was only years later that I was pulled up on it.  I was travelling in a car with Bernard Newman, and we were talking about that golden age of climbing all its characters when I retold this story.  “Rubbish,” said Bernard “I know he bloody did”.
“How?” I asked, feeling a bit sheepish now.
“Because I bloody belayed him!”

And so a lie about a lie died.